Getting to B, to Bethsaida: Gathering Resources for Mission

In Mark 6:45-53, Mark recounts the episode of Jesus walking on the sea. The disciples have been sent to the other side of the sea, but they struggle through the night against an adverse wind. When Jesus comes to them, walking on the sea, the narrator says something very curious, "He intended to pass by." Moreover, the episode ends with a very enigmatic statement. “And they were utterly astounded, for they did not understand about the loaves, but their hearts were hardened” (6:52). So what's going on here in Mark, and how might it relate to us?

ENSURING THAT CHANGE IS A SUSTAINABLE BLESSING

I have a good friend named Rob Voyle (clergyleadership.com). I first met Rob at the General Convention in Anaheim, California in 2009. We met through a mutual friend, and we both had booths in the convention hall. At the end of the first full day, Rob came by my booth, and said with his New Zealand accent, “Let’s go get a beer, mate.” I was tired, and I don’t actually like beer, but I went along anyway, and I am glad I did because Rob is brilliant. Rob is a priest, a psychologist, and a consultant.

In his work as a church consultant, folks often say to Rob, “People don’t like change, especially church people.” But Rob disagrees. It’s not change per se that people don’t like, but the type of change that people will either accept or reject. “People don’t want to be changed; they want to be blessed” (Dr. Stephen Gilligan). For example, if you get a raise at work, you’re happy; that’s the sort of change you like. So if you have ever experienced a blessing in life, you have experienced some kind of change. And that is Rob’s passion in life, helping people and organizations ensure that the changes they seek to make are sustainable blessings.

The Kingdom of God
When Jesus announced the arrival of God’s kingdom, he was announcing change. “The kingdom of God is at hand; repent—be changed—and believe the good news” (1:15). Now some people experienced the kingdom as a blessing, not least those whom Jesus healed by the power of the kingdom. But others, such as the scribes and Pharisees, opposed the Jesus’ kingdom proclamation, for they did not perceive him or his message as a blessing.
But it wasn’t just religious opponents who exhibited resistance. On occasion, Jesus’ own disciples show signs of resisting the kingdom of God. That’s what we see in today’s gospel. And again, it wasn’t simply that the disciples didn’t like change. After all they gave up their livelihoods to follow Jesus because they believed that life with Jesus was better than life without Jesus. But they did not welcome every change that the kingdom entailed. And that’s what I want us to look at today.

Sitting with Jesus... An Introduction to Centering Prayer 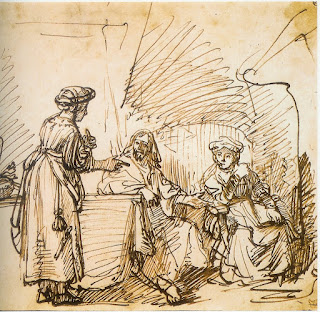 In the Spring and Fall of 2014, I taught a class on Centering Prayer at St. John's Episcopal Church entitled "Sitting with Jesus" which is a reference to the story of Jesus, Mary, and Martha in Luke 10:38-42. We spent more than six weeks learning Centering Prayer, but during the first few weeks I produced a class handout. I am making them available here to be used as is or to be modified to fit anyone's situation. 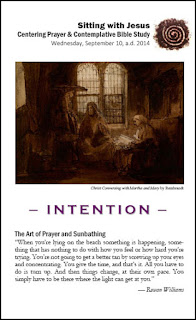 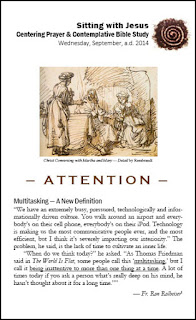 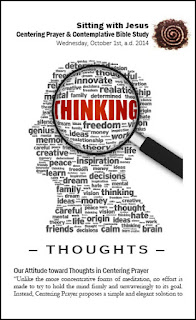 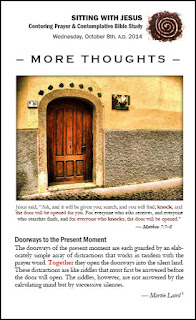 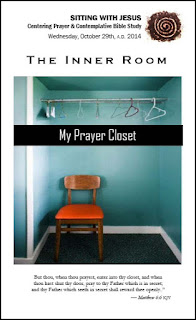 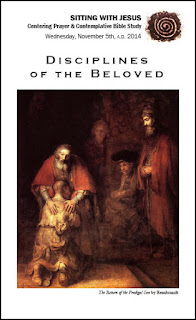 Posted by Unknown at 7:39 AM No comments:

A Tale of Two Banquets

Dining with Herod in the Kingdom of Hell
vs.
Dining with Jesus in the Kingdom of Heaven
In the Gospel of Mark, the author inserts the flashback-story of John the Baptist's death right before Jesus' feeding of the five thousand. In doing this, Mark sets up a contrast between Herod Antipas and Jesus, between the this worldly-values of Rome as reflected in his macabre birthday banquet and between the values of the Kingdom of God as embodied in the banquet Jesus hosts for five thousand people who are hungry for truth and bread.

John the Prophet
A few weeks ago, on June 24th, we celebrated the Feast of the Nativity of John the Baptist. That is, we celebrated John the Baptist’s birthday. In today’s gospel, we find ourselves at another feast where we witness the circumstances and events that led to John’s death. I call it the Banquet from Hell.

As we all know, John the Baptist was the forerunner of Jesus the Messiah. When the Gospel of Mark opens, when the curtain lifts, John is the first character we see on stage. He is dressed like the prophet Elijah, and he is out in the Judean wilderness announcing the imminent arrival of God’s kingdom. “The Lord is coming soon. Prepare the way of the Lord. Repent, and be baptized for the forgiveness of your sins.” John’s message struck a chord. Crowds of people were heading out into the wilderness to be baptized by John, to make themselves reading for the coming of God’s kingdom. In short, John was leading a spiritual revival, so how does he end up with his head on a dinner platter? Why would anybody kill a baptist, some crazy guy who was out in the middle of nowhere dunking people in a river? 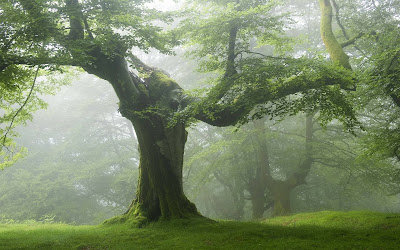 I have been making my way through Spiritual Formation by Henri Nouwen (with Michael J. Christensen and Rebecca J. Laird. The second chapter is about prayer, and it opens with the following story:

A carpenter and his apprentice were walking together through a large forest. And when they came across a tall, huge, gnarled, old, beautiful oak tree, the carpenter asked his apprentice: “Do you know why this tree is so tall, so huge, so gnarled, so old and beautiful?”

Later on in the chapter Nouwen writes:


The world says, "If you are not making good use of your time, you are useless." Jesus says: "Come spend some useless time with me." If we think about prayer in terms of its usefulness to us—what prayer will do for us, what spiritual benefits we will gain, what insights we will gain, what divine presence we may feel—God cannot easily speak to us. But if we can detach ourselves from the idea of the usefulness of prayer and the results of prayer, we become free to "waste" a precious hour with God in prayer. Gradually, we may find, our "useless" time will transform us, and everything around us will be different.

Prayer is being unbusy with God instead of being busy with other things. Prayer is primarily to do nothing useful or productive in the presence of God.

From Spiritual Formation: Following the Movements of the Spirit (pages 17, 18).