What do we mean when we proclaim, “Christ is risen!” 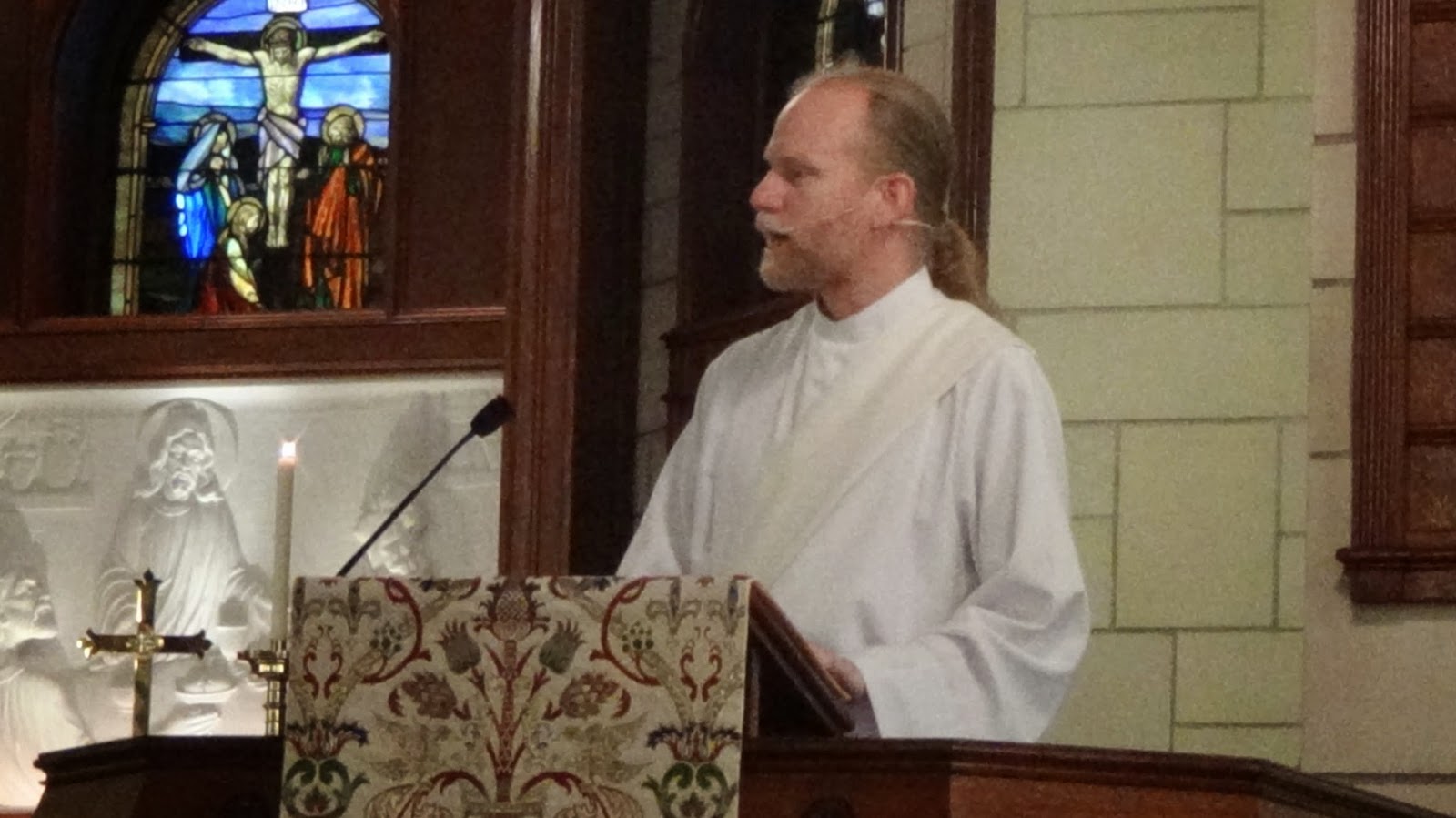 Now, if you were here on Easter Sunday, you probably know what’s coming next.
I will say, “Christos aneste!” and you will say, “Alethos aneste!”
And in good liturgical fashion, we will do this three times in a row.

Okay, you can be seated now. You earned it.

THE RESURRECTION OF JESUS
Now I don’t know if you happen to notice, but our first reading this morning did not come from the Old Testament, but from the Acts of the Apostles. And so it will be for the entire Easter Season. Today’s reading from Acts takes place on the fiftieth day following the Resurrection. Peter stands up and addresses a large crowd of Jews who have traveled to Jerusalem, from all around the Roman Empire, to celebrate the Jewish Feast of Weeks, also known as, Pentecost. And in his speech, Peter proclaims the central truth of the Christian faith: God raised Jesus from the dead. God raised Jesus from the dead.
It is no exaggeration to say that, had Jesus not risen from the dead, there would be no Christianity. In fact, without the Resurrection, I doubt that we would even known the name of Jesus. For without the Resurrection, Jesus would have been just one among the thousands of Jews who were put down by Rome and whose names have been lost to history. Without the Resurrection, there would be no gospels, because gospels aren’t written for false prophets, failed revolutionaries, and messianic pretenders. Moreover, without the Resurrection, there would be no forgiveness of sins, no defeat of death, no hope for the future. For as Paul argues in 1 Corinthians,

If Christ has not been raised, your faith is futile and you are still in your sins. Then those also who have died in Christ have perished. If for this life only we have hoped in Christ, we are of all people most to be pitied (1 Cor 15:17–19).[1]

The Cross of God: God-Forsaken and God-Grieved

We often talk about what the Cross of Christ means for us.
But what did the Cross mean for God? What did it do to God? 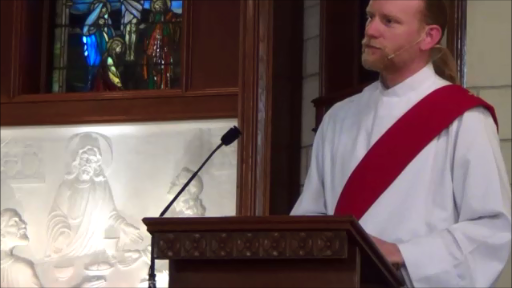 COULD JESUS HAVE COME DOWN FROM THE CROSS?
When I was in seminary in Pasadena, California, I took most of my core theology courses from Ray Anderson, who not only taught as a fulltime, graduate-school professor, but who also served as the pastor of a church. Dr. Anderson was something of a maverick theologian. He would often begin class with a provocative question. Then, after a bit of discussion, he would offer his own response, which tended to be even more provocative than the question itself.
I remember one question in particular. We entered the class and got ourselves settled, and after leading us in prayer, he posed this question, “Could Jesus have come down from the cross?” The class became instantly animated as various people offered their passionate responses, most of which amounted to, “Yes, Jesus could have come down from the cross, but he chose not to.”
To my way of thinking, that seemed right. After all, on the night of Jesus’ arrest, when Peter attempted to rescue him, by cutting off the ear of the high priest’s servant, Jesus said to Peter

Put your sword back into its place; for all who take the sword will perish by the sword. Do you think that I cannot appeal to my Father, and he will at once send me more than twelve legions of angels? (Matthew 26:52–53)

So, yes, Jesus could have come down, but he chose not to.

WE CANNON SEPARATE POWER FROM CHARACTER
After the class discussion died down, Dr. Anderson offered his own response. He said, “No. Jesus could not have come down from the cross.” And here was his explanation as best as I can remember it. Jesus could not have come down because it was his love and that of his Father’s that held him to the cross. It wasn’t the nails, but God’s love for the world that held him there. If Jesus had come down from the cross, then there would not have been God’s love for the world.

Sand on the Streets: Cultivating the Desert in the City

where there are individuals capable of waiting and hoping instead of hurrying and worrying.
— Alessandro Pronzato 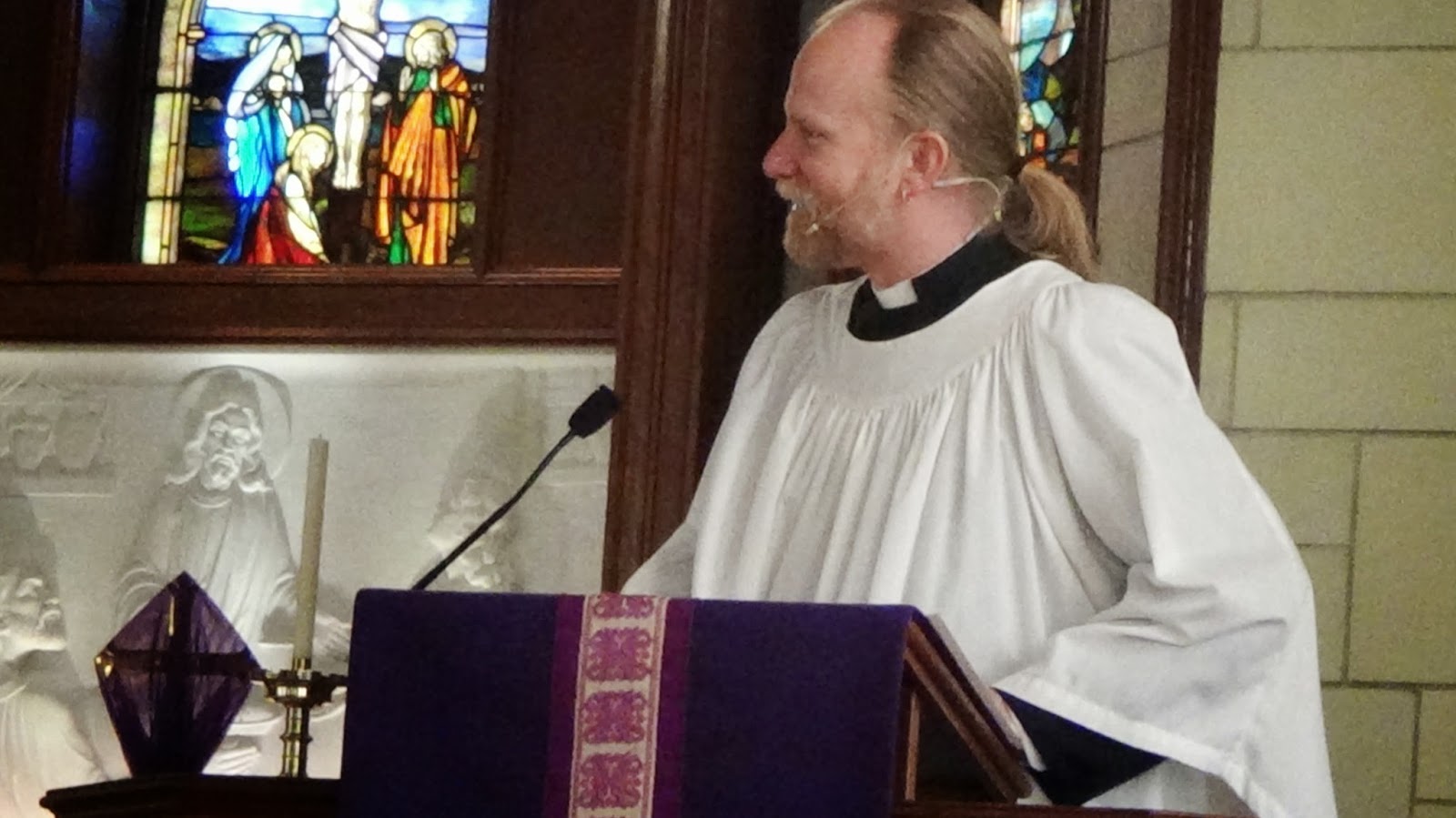 Scroll Down for the Texts of the Scriptures

By Way of the Desert
Good afternoon. It’s good to see you all, and it’s good to be here today, on loan, as I am, from Pleasant Valley Middle School. I must say that it is quite a treat to be speaking to a group of adults, most of whom want to hear what you have to say, which I must say, is rather different from my daily experience as a middle school teacher.
Well, today is the last of our Lenten Luncheons, and the question we have been asking these past several Wednesdays is, “How do we engage people in God’s mission of reconciling the world?” Each of the speakers have answered this question in their own way, and today, I want to focus on the how of that question. In this sense. I don’t want to focus on what we do, but on how we do, that is, on the manner with which we go about participating in God’s mission of reconciling all people to himself and to one another. I want to reflect on this by taking you on a brief trip to the Egyptian desert.