God Provides: The Faith of Abraham and the Faithfulness of God 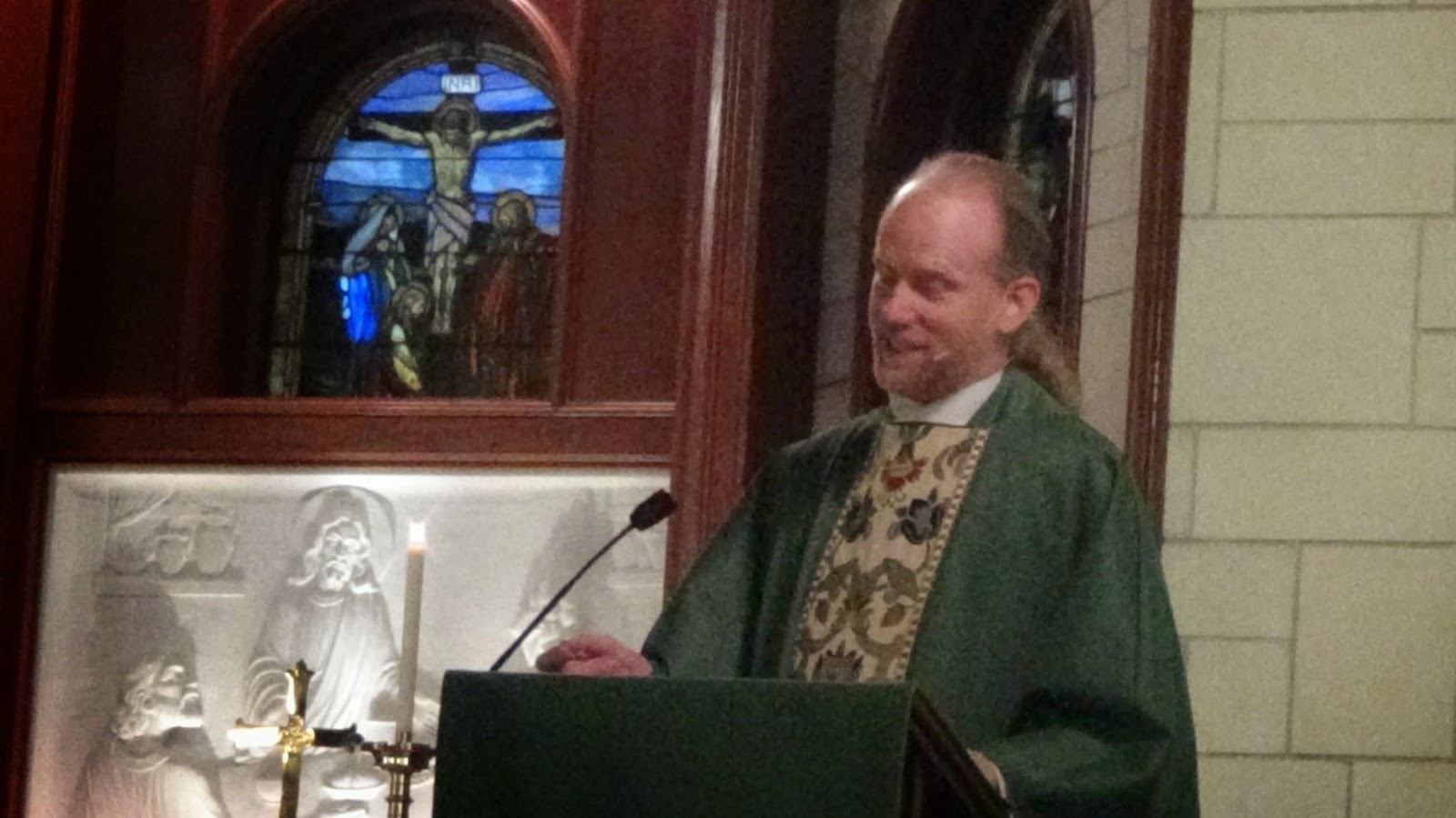 Sermon available on YouTube COMING SOON.
and as a PDF by clicking HERE.

You did what?
You have got to be kidding?
I can’t believe you would do such a thing.
Are you insane? Have you completely lost your mind?
Why would you even think of doing such a thing?
Because God told you to?
Are you kidding me?
You are insane!

This is how I imagine Sarah to have responded when Abraham and Isaac returned home from their little camping trip, and Isaac just happened to let slip that Dad nearly sacrificed him as a whole burnt offering. Because you know that Sarah had absolutely no idea, not even the faintest hint of an idea, as to what her husband and God were up to. Had she known, there would have been no camping trip, no father-and-son weekend on Mt. Moriah, or anywhere else for that matter. And Abraham would have spent a night or two on the couch for even contemplating such a stupid idea. As it is, I think Abraham probably spent many a night on the couch after the Moriah incident. He may have even spent the rest of their married lives on the couch. That would explain why they never had any other children.
Read more »
Posted by Unknown at 1:29 AM No comments:

Jesus Is Lord!: Pledging All of Our Allegiance to Jesus

Jesus said, “All authority on heaven and on earth has been given to me. Therefore...” 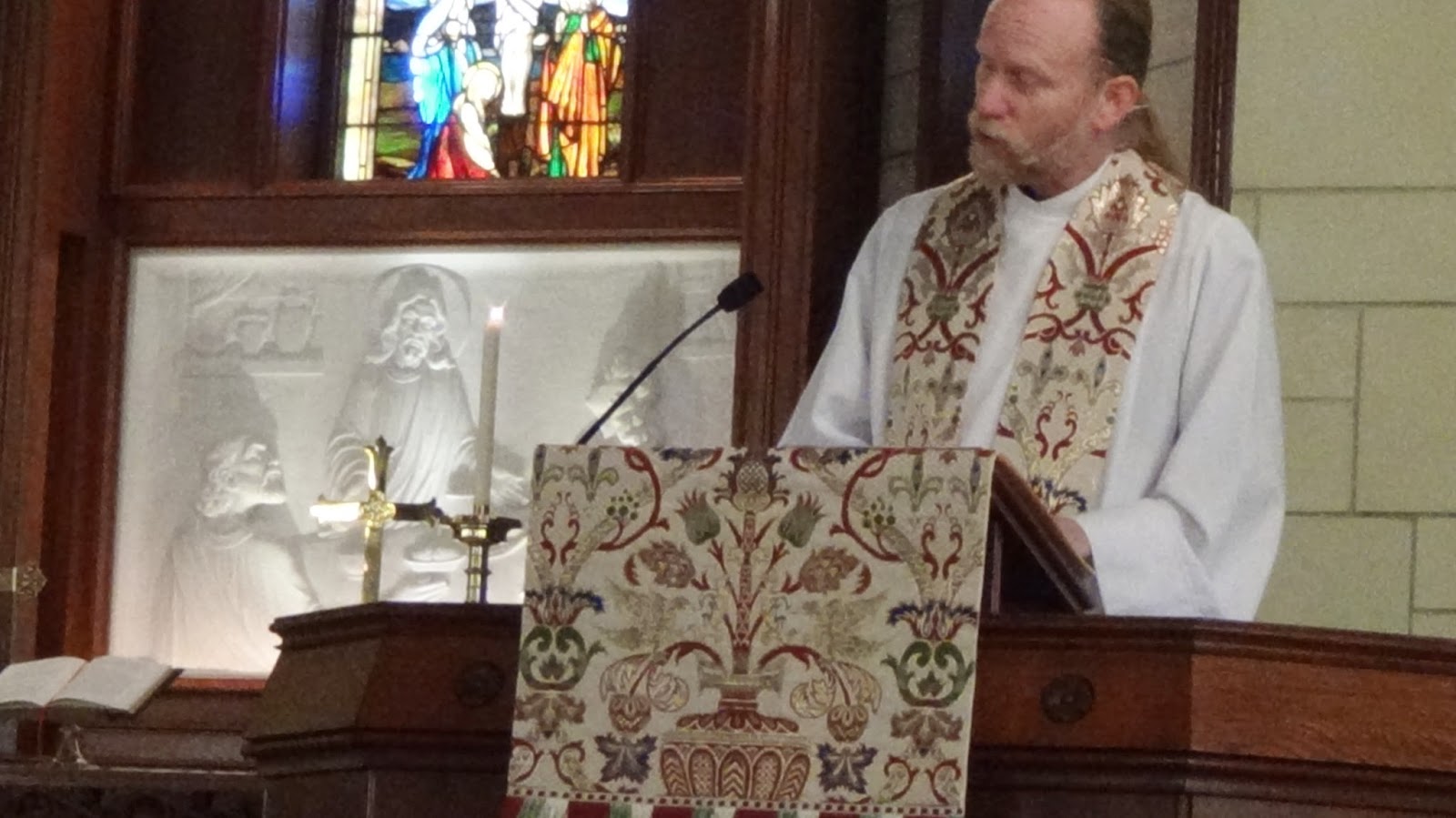 It happened on Easter morning. In the wee dawn hours, Mary Magdalene and another Mary make their way to the tomb where the body of their crucified Lord had been placed two days before. But when they arrive, they find the tomb empty. An angel tells them that Jesus has been raised from the dead, and as they are heading back to share this extraordinary news with the other disciples, Jesus suddenly appears and greets them. Immediately, the two Marys fall down and worship him. Jesus then tells them, “Don’t be afraid; go and tell my brothers to go to Galilee; there they will see me.” Today’s gospel reading presents the rest of the story.
The scene opens on a mountain in Galilee where the remaining eleven disciples have assembled in anticipation of seeing Jesus again. When Jesus joins them on the mountain, some doubt that it is really him. Others, however, worship him just as the two Marys had done earlier. This is extraordinary. You might expect such behavior from the ancient Greeks and Romans, with all of their gods and goddesses, with all their divine heroes and Caesars, but not monotheistic Jews. Jews don’t worship human beings, even extraordinary human beings, because worship is reserved for God alone. Nevertheless, they worship Jesus with no sense that they have abandoned their monotheistic faith. Clearly, they have come to understand that Jesus, though clearly a human being, belongs to the unique identity of the one true God. He is not just the Messiah, the anointed son of David; he is, in fact, the Son of living God.

Equally extraordinary are the words that Jesus speaks. Listen to all of the alls. “All authority in heaven and on earth has been given to me. Go therefore and make disciples of all nations, baptizing them in the name of the Father and of the Son and of the Holy Spirit, and teaching them to obey all that I have commanded you.” (28:18). All authority, all nations, all commandments.
What a massive, sweeping, all-encompassing claim. Jesus doesn’t just possess some authority; he possesses all authority, without remainder. Moreover, this authority is not just heavenly authority, it is earthly authority as well. In other words, Jesus’ authority encompasses all spheres of human life, not only the spiritual, but the political, the economic, and the social spheres as well.
Yet, we live in a world that has learned to separate the church from the state, the religious from the secular, faith from knowledge. Consequently, Jesus is only granted influence over a part of life, not the whole of it. He is relegated to the realm of personal opinion and private devotion, and barred from the public square.
For example, notice that when Jesus appears in Time magazine, he appears in the religion section, not the section on world affairs. That’s where Jesus supposedly belongs in our increasingly global and pluralistic world. Jesus belongs in the religion textbooks, next to the other great leaders of the world’s religions, alongside the likes of Moses and Mohammad, Buddha and Confucius. Our world is comfortable with that sort of Jesus; that sort of Jesus is safe. Unfortunately, more and more Christians have also become increasingly comfortable with that sort of Jesus.
But that is not the Jesus we meet in today’s gospel, the Jesus that claims all authority in heaven and on earth. Nor is it the Jesus early Christians proclaimed. When the first Christians traveled throughout the Roman Empire enduring much hardship, they were not proclaiming a new religion or a new private spiritual experience. Had this been all that they were up to, they might have been belittled, but they would never have been persecuted. After all the Greco-Roman world was a consumer of religions and spiritualities, and they had room for more. Instead, the early Christians were proclaiming that Jesus is Lord of all. And you know what that means. If Jesus is Lord, then Zeus isn’t. If Jesus is Lord, then Isis isn’t. And if Jesus is Lord, then Caesar isn’t. In short, if Jesus is Lord, then all other lords—be they religious, ideological, or political—are not. If Jesus is Lord, then we owe our whole allegiance to him.
Read more »
Posted by Unknown at 10:30 AM No comments: